Many organizations using SharePoint have created legacy solutions on the platform. This lead to all kinds of migration problems. Since these legacy problems prevented customers to migrate to the cloud, Microsoft started an initiative to ease these problems. And so in 2013 the Office Dev Patterns and Practices Program was born, shortly Office Dev PnP.

Office Dev PnP originally started as a Microsoft initiative to help customers migrate their on-premises farms to the Microsoft cloud. Soon it introduced many helper code and examples to provide the basic plumbing and optimize your workflow.

PnP
The original repository which now only contains samples.

PnP Partner Pack
Contains the PnP Partner Pack, a starter kit for customers and partners and combines numerous patterns and practices demonstrated in the PnP samples to one reusable solution, which can be deployed and used in any Office 365 tenant.

PnP Guidance
Contains the documentation and guidance of the program. The contents of the master branch are published to dev.office.com and MSDN.

PnP Office Add-ins
Contains samples of how to work with the HTML and JavaScript based Office add-in model.

PnP Tools
Contains more tools, code packages and scripts for the on-premises and hybrid setup, than purely for the Office 365 operations. Using classic terminology, this could be considered more targeted for IT pro’s, architects and administrators in on-premises deployments.

Office Dev PnP has many resources. In the picture below are the official channels. 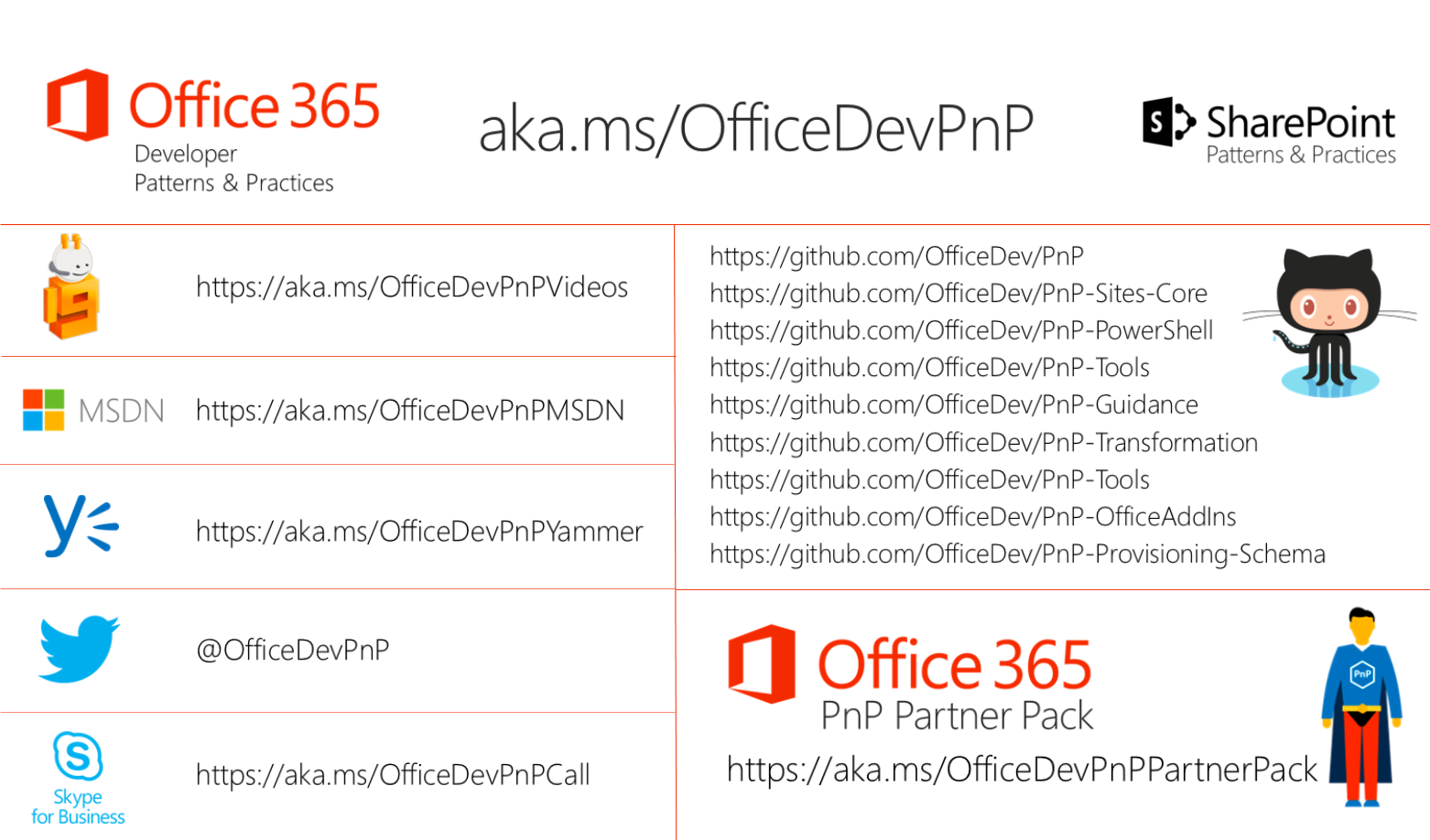 3 thoughts on “Introduction to the Office Dev PnP Program”